A. J.: Beyond Writing 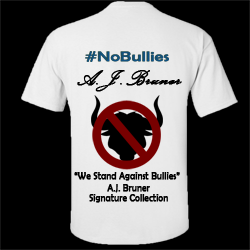 Several different, quirky, sample t-shirts to show your support against bullies. Person's may approve their t-shirts by including their "signature" on the back, along with the appropriate Signature Collection name. (All t-shirt designs are FREE to use, just let me know you're using them please!)

A. J.'s publisher page via DriveThruRPG.

I started a publisher page on DriveThruRPG in order to have a storefront for people to access my published games. Coming soon...

A. J.'s author page via DriveThruFiction.

After working with Amazon publishing for several years, I finally reached the limits of my patience with all their "automated" services that were causing me more headaches than it was worth and migrated to DriveThruFiction for printed books.

I came up with the idea for TAPdd when I noticed more and more people at their jobs with tattoos, piercings, etc. Everyday people, not professional models, proudly showing off their body art. That is what TAPdd is all about. We encourage regular people, just like you, with body art to come join us. 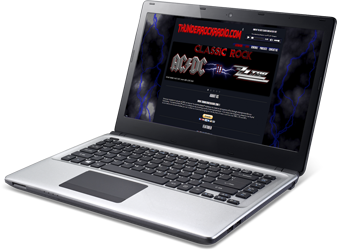 I started off as a DJ at TRR in 2004. Since then I have been responsible for: training new DJs, designing and maintaining the website, as well as still broadcasting (currently every Saturday night from 6-8pm EST). In 2005, before moving back to Indiana, TRR held the First Annual Air Hog competition. Each DJ would stay on the air, consecutively, for as long as they could. My final time was just over 35 hours.

Once my son and I began creating tie-dye artwork, we had to find a place to market the designs. This also opened the door for digital art creation! With well over 300 patterns and over 60 products from shower curtains to wall-clocks, and even hardcover journals, there is something for everyone.


After establishing #ColoringTherapy on Redbubble, the company merged with TeePublic about a year later. This opened up a wonderful opportunity for more products to carry the #ColoringTherapy patterns! TeePublic often has sales on tshirts!

Even with all the work I have put into this website, I always feel there's more that should be done. Those that serve, should be remembered.

You have probably heard the phrase 'set it and forget it'. Well that's pretty much what I did here. Maybe one day it will need revising.

I enjoyed UO when I played back in 2000, but it wasn't until I began working on UO-The Expanse, that I realized how much fun UO really could be. Operating a gaming server does take a bit of a balancing act, and creativity can also cause friction. I had the privilege of working with some amazingly creative people over the years. With UO-The Expanse, my staff and I were able to bring things to UO that had never been done before. Still such a fun project!